The equipment for this lesson can also be used to explore rock pools and discover the plants and animals living along a rocky shore. This lesson plan will how you how. The rock pool activity can be carried out by a class of school children lead by a teacher. It is suitable for use by primary pupils.

This package ensures optimum use of the equipment by the teacher and enables them to achieve the best possible learning outcomes for their pupils.

Always note the tide times, check the weather conditions, carry out a preliminary site visit and conduct a site-specific risk assessment prior to any coastal field trip. The RNLI has a selection of free to download activity sheets and lesson plans on beach signs and dangers. Always go rock pooling on a falling tide, 1-2 hours before the low tide is best.
A copy of the Wildlife Trust’s Coastline Code can be found at the end of this lesson plan and is a nice colouring activity prior to any beach visit.

Exploring Rock Pools Lesson Plan – can be carried out within a 1-hour lesson (excluding preparation).

Recall the Coastline Code. Set your working boundaries with football cones or other markers, agree on a muster point and ensure all students know what to do if they get into any difficulty.

Explain that they are going to explore the rock pools and identify the plants and animals living in them. Ask them these questions while on the beach or as part of your classroom work ahead of your outdoor session…

What is a habitat?

The place where an animal lives is known as a habitat, and different sorts of animals live in different habitats. Habitats can be very big, like the arctic habitats where polar bears live, or very small such as between two blades of grass where a money spider might make its web. Remember, a habitat is just the place where the animal lives. Your house is your habitat! The rock pool is a habitat.

The rock pools will be a habitat for many creatures. Can you think about what we might find?
Allow time for answers and then introduce the students to the identification guides/spotter sheets.

For older students, this is a great opportunity to carry out an investigation and work scientifically. One potential hypothesis is…
A shallow pool on the upper shore will have less life than a deeper pool on the middle or lower shore.
Can your students think of any other hypotheses to test?

To observe rock pool creatures often found at the bottom of the food chain and too small to see with the naked eye, take the samples of seawater collected at the end of the activity and allow them to settle. Using your own microscopy equipment (not provided in the kit) use a plastic dropper to collect a small amount from the bottom of the tube and place it into the centre of a welled slide, add a coverslip and place under a microscope. Look out for algae, zooplankton (microscopic animal life) and phytoplankton (microscopic plant life).

Initiate further discussions about rockpool food chains/webs now or as a follow up in a later lesson. Students could research what the residents eat, and what they are eaten by, identifying which creatures are carnivores, herbivores and omnivores. There is a Beachy Food Chains game by Scottish Natural Heritage you could play on the beach or back in your school grounds available to download.

Hermit crab, limpet and herring gull lifecycles could be further explored depending on which of these animals you find in and around your rock pool.

Make your own hermit crab shell

Hermit crabs usually live in the empty shells of dead snails. Sometimes they even fight another hermit crab and take their shell and swap between shells as they grow. Hermit crabs have been found living in other, rather strange, homes if they can’t find a nice shell. Could you make or find something that could be a good home for a hermit crab?

Example ID tick card – great for younger students – you could create your own with the creatures common to your rock pool and add pictures to aid identification/recording.

Example ID recording sheet – great for older students – you could create your own to obtain the data you need for post-activity analysis and development of specific numeracy skills or for follow up work on adaptation. 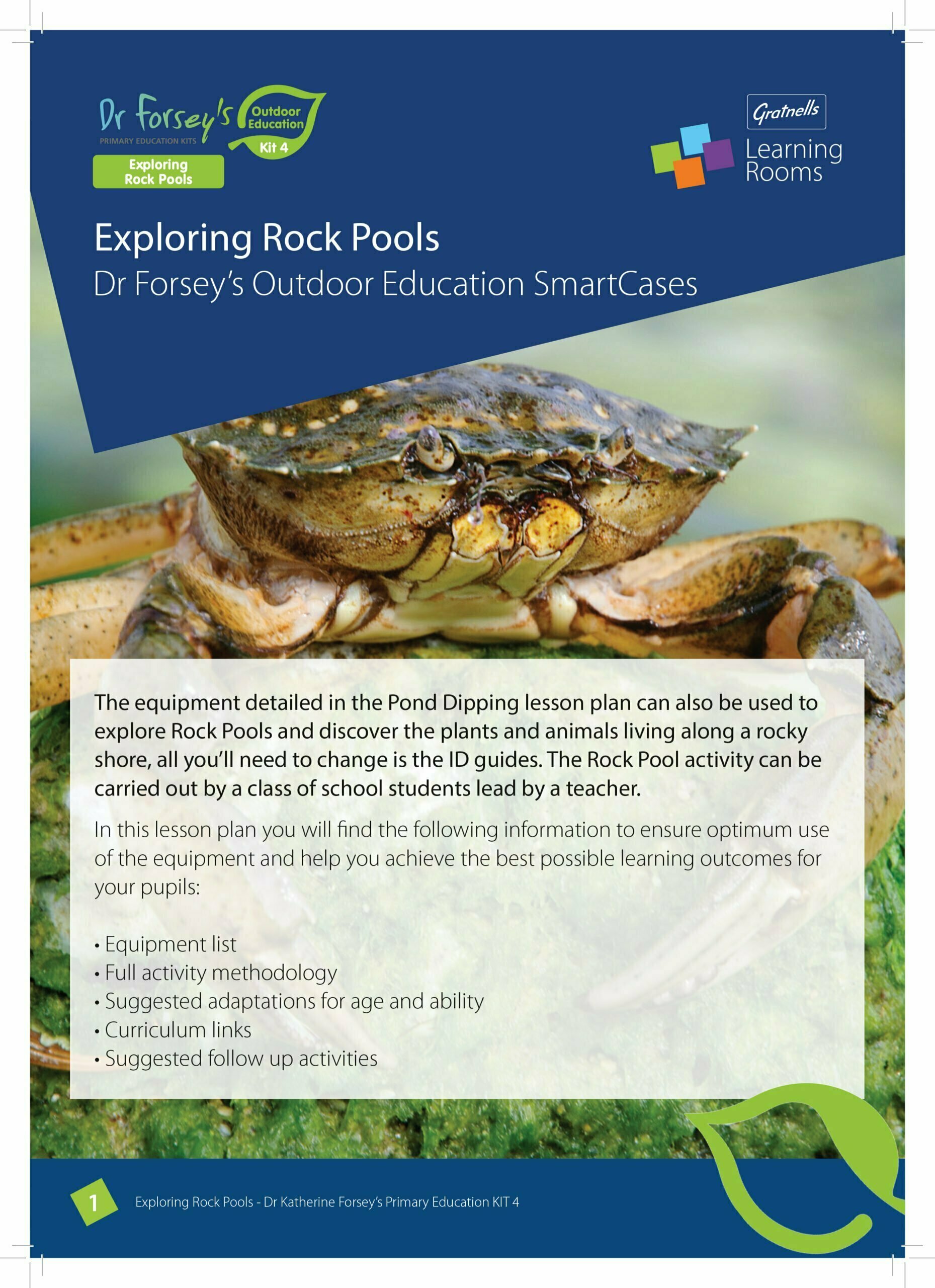